1/ A recent update on the state of New Zealand’s environment paints a particularly bleak picture about the loss of native ecosystems and the plants and animals within them. Almost two-thirds of rare ecosystems are threatened by collapse, according to Environment Aotearoa 2019, and thousands of species are either threatened or at risk of extinction. Nowhere is the loss of biodiversity more pronounced than in Aotearoa New Zealand: with the highest proportion of threatened indigenous species in the world. This includes 90% of all seabirds, 84% of reptiles, 76% of freshwater fish and 74% of terrestrial birds. And this may well be an underestimate. (The Conversation / Phys)

2/ The Trump administration has issued a plan to open more than a million acres in California to fracking, including areas close to Yosemite, Kings Canyon and Sequoia national parks. The plan could end a five-year fracking moratorium in California enforced by a federal judge. Trump has attempted to lift environmental regulations on federal lands across the country and has vowed to increase America’s energy independence by opening up drilling domestically. (The Guardian)

3/ Australia has had quite the week with mining. Firstly, the multinational uranium miner persuaded the federal government to drop a requirement forcing it to show that a mine in outback Western Australia would not make any species extinct before it could go ahead. Canadian-based Cameco argued in November 2017 the condition proposed by the government for the Yeelirrie uranium mine, in goldfields north of Kalgoorlie, would be too difficult to meet. The mine was approved on 10 April, the day before the federal election was called, with a different set of conditions relating to protecting species. The Yeelirrie uraniam mine in Western Australia in the face of vigorous protest from traditional owners. Secondly, Commonwealth science agencies have raised doubts about controversial Adani’s modelling of the mine’s impact on the springs, one of the world’s last unspoiled desert oases. Thirdly, Chinese Shenhua mining under fire after ‘damning’ report highlights flawed environmental modelling. The figures in the new report would be detrimental to the underground water supply for households and primary producers. Figures suggested that Shenhua had overestimated that there was between 100 to 1,000 times more groundwater in the impact zone than what there actually was. And now, the Adani mine is delayed after management plan for black-throated finch rejected. It forces Adani to complete significant additional work before it can begin construction of the mine. (The Guardian / ABC / The Conversation / ABC 2 / The Guardian 2)

4/ Climate change can’t be halted if we carry on degrading the soil, a new report will say. There is 3x more carbon in the soil than in the atmosphere – but that carbon’s being released by deforestation and poor farming. Hurting the soil affects the climate in two ways: it compromises the growth of plants taking in carbon from the atmosphere, and it releases soil carbon previously stored by worms taking leaf matter underground. About 3.2 billion people worldwide are suffering from degraded soils. (BBC)

5/ The world’s largest ice shelf is melting 10x faster than expected due to solar heating of the surrounding Antarctic Ocean, scientists have warned. The Ross Ice Shelf covers an area roughly the size of France and is several hundred metres thick, with 90% of the ice below sea level. It found the ice is melting much more rapidly than previously thought, due to inflowing warm water. The findings indicate conditions in the ice shelf cavity are more closely related to the surface ocean and atmosphere than previously assumed. This also implies that melt rates near the ice front will respond quickly to changes in the uppermost layer of warmer water in the ocean. The difference here is the sheer size of Ross Ice Shelf, which is over one hundred times larger than the ice shelves we’ve already seen disappear. (Independent / BBC)

6/ While much of the world struggles to clean up contamination from the toxic industrial compound PFOS, Brazil is still adding to the massive environmental mess with its large-scale production, use, and export of sulfluramid, a pesticide that degrades into PFOS. Linked to low birth weight, weakened immune response, liver effects, high cholesterol, thyroid dysfunction, cancer, and other health problems, PFOS is no longer made or used in most countries. Used for killing leaf-cutting ants, many households may be sprinkling the chemical, which vegetables can absorb from the soil. (The Intercept)

7/ The Australian Government has been accused of going to “extraordinary lengths” to hide the full extent of climate change from the public, according to a new report. The government had slashed climate science funding, rejected advice from climate bodies, repeatedly made false claims, and weakened the nation’s climate science capability by cutting jobs at the CSIRO. The government had also been known to deliberately release climate information at the busiest times of the year (like Christmas) and block other information from being released altogether. In 2016 the Federal Government censored a UNESCO report on climate change and World Heritage sites, convincing the UN agency to delete all references to Australia and the Great Barrier Reef as it might impact tourism. No sections about any other country were removed from the report. The removals left Australia as the only inhabited continent on the planet with no mentions. (SBS)

8/ Scotland was the first country to declare a climate emergency this week and was quickly followed by Wales. Then, a bipartisan UK Parliament passed an extraordinary measure: a national declaration of an Environment and Climate Emergency. The declaration of a climate emergency is one of the key demands of environmental campaigners including the Extinction Rebellion movement. It does not compel the government to act. Labour’s motion also calls on the government to aim to achieve net-zero emissions before 2050 and for ministers to outline urgent proposals to restore the UK’s natural environment and deliver a “zero waste economy” within the next six months. (Quartz / The Conversation / BBC)

9/ Nine environmental activists who participated in the Extinction Rebellion protests have announced they are standing in next month’s European elections In a statement, the collective said they wanted to see Europe reach net zero carbon emissions by 2030 and have new citizen assemblies set up to give ordinary people a voice in shaping environmental policy. (Independent)

10/ Fracking tsar quits after six months and blames eco activists. Natascha Engel says developing the industry would be ‘an impossible task’. In her resignation letter, she said environmental activists had been “highly successful” in encouraging the government to curb fracking. Labour leader Jeremy Corbyn has called for a ban on fracking which he has said is “not compatible with climate change prevention”. (The Guardian / BBC)

11/ Wildlife campaigners have hailed a “historic day for Scotland” as beavers are granted protected status a decade after their successful reintroduction in Argyll. It is now illegal to kill the animals, or destroy established dams and lodges without a licence. (The Guardian)

13/ The Indigenous Waorani community in Ecuador won a landmark lawsuit on Friday against three government bodies for conducting a faulty consultation process with the community before putting their territory up for sale in an international oil auction. The ruling immediately suspends any possibility of selling the community’s land for oil exploration. It also sets an important precedent for other communities in Ecuador’s southern Amazon rainforest, trying to keep oil extraction out of their territories. The govt will now head to appeal. “The government tried to sell our lands to the oil companies without our permission. Our rainforest is our life. We decide what happens in our lands. We will never sell our rainforest to the oil companies.” (Al Jazeera / Amazon Frontlines) 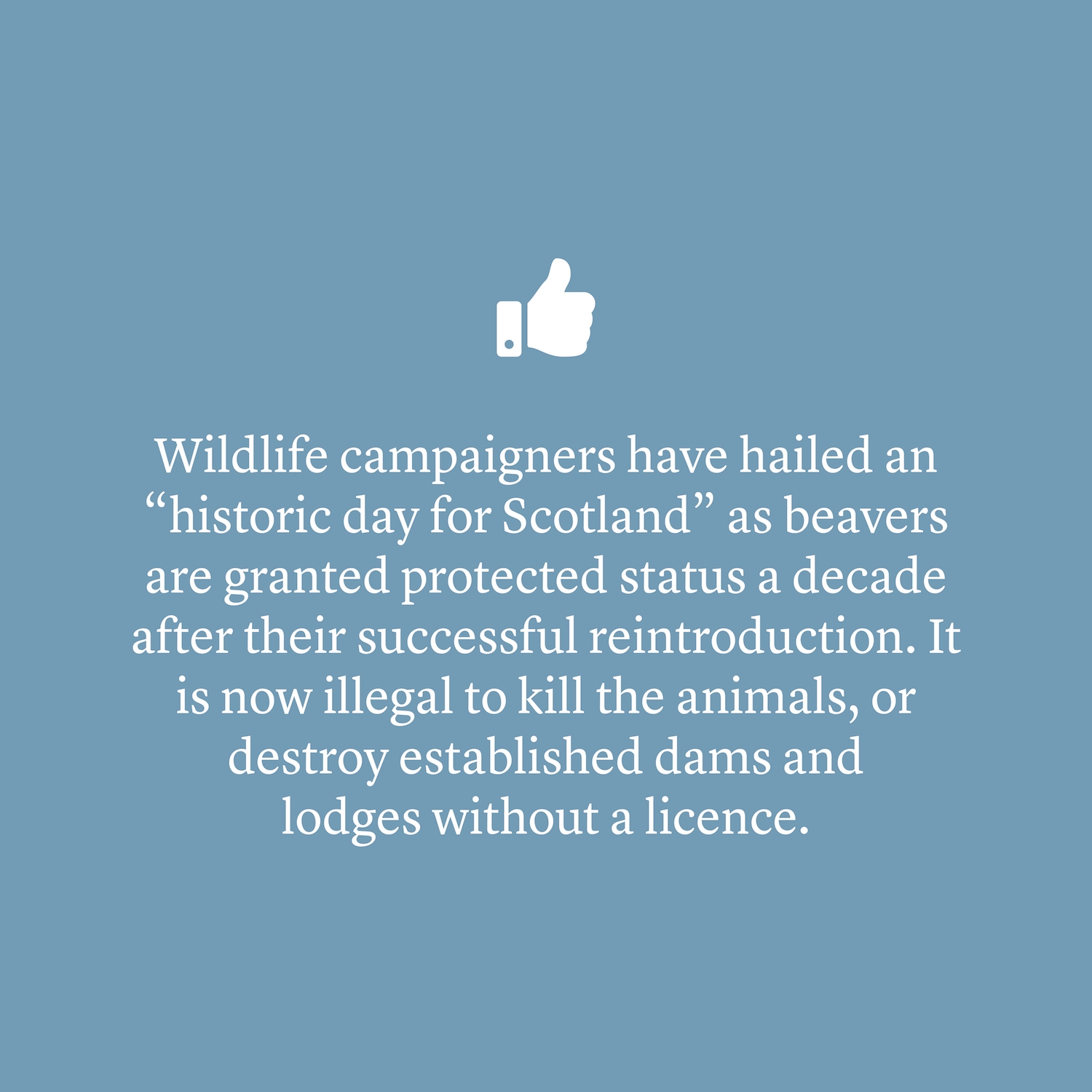 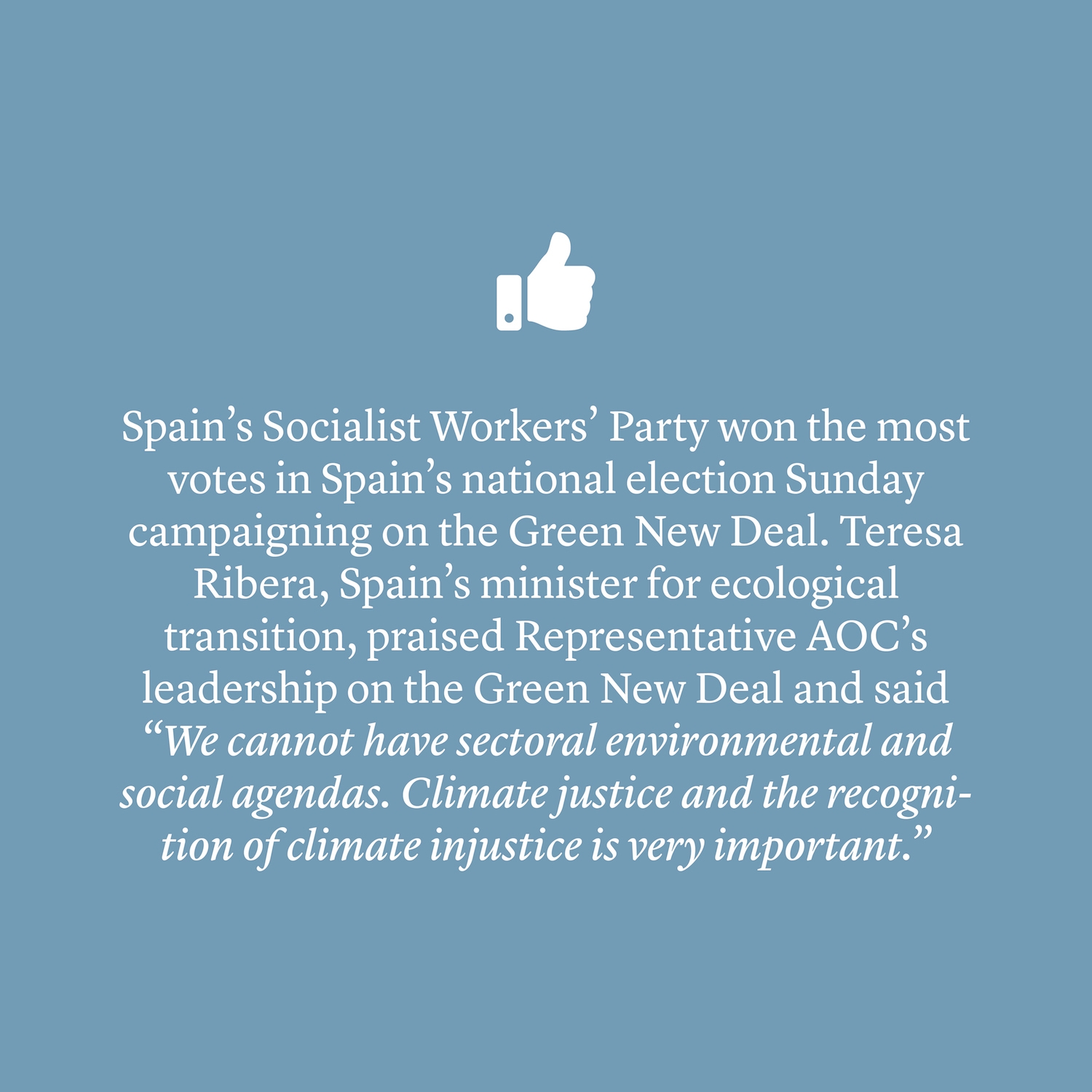 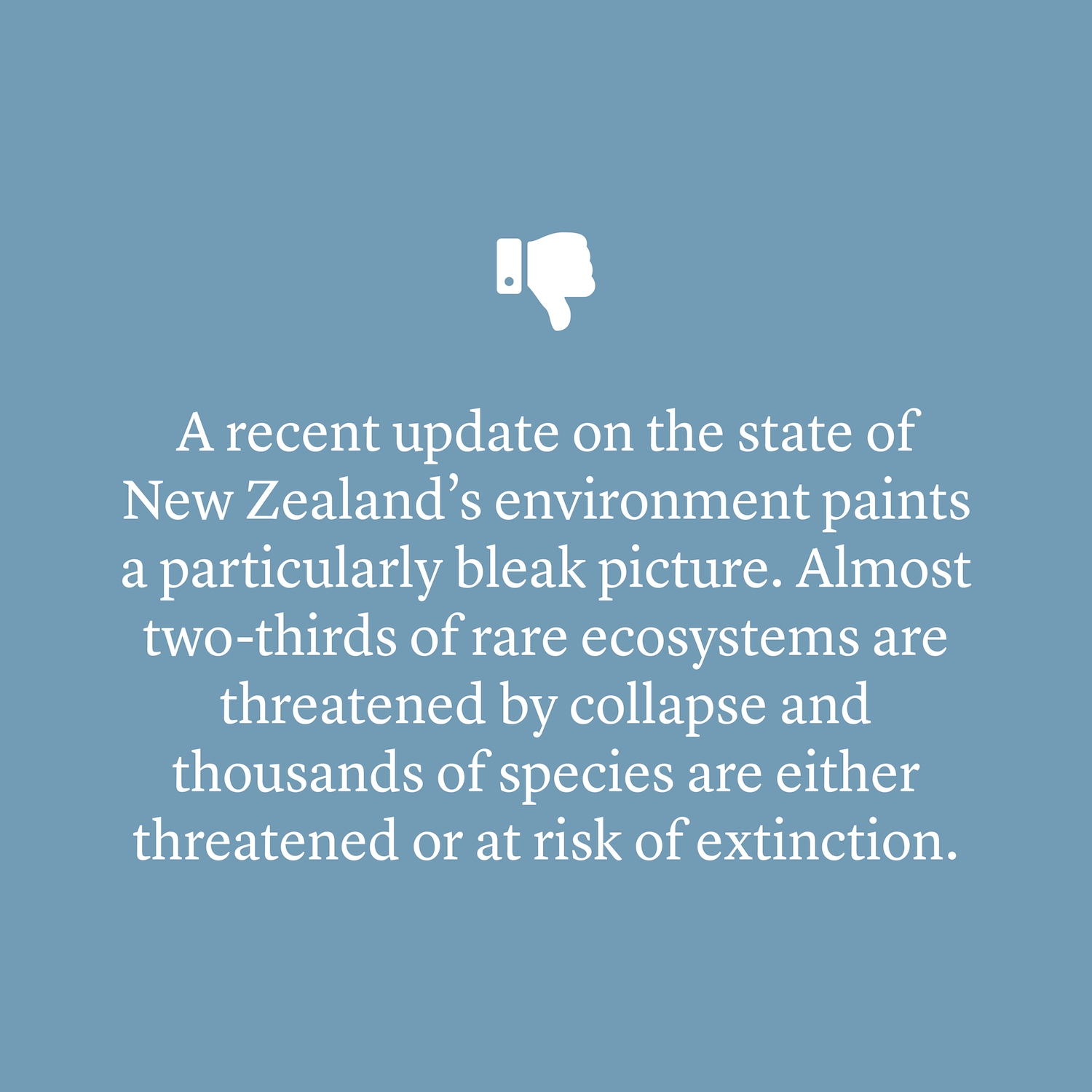 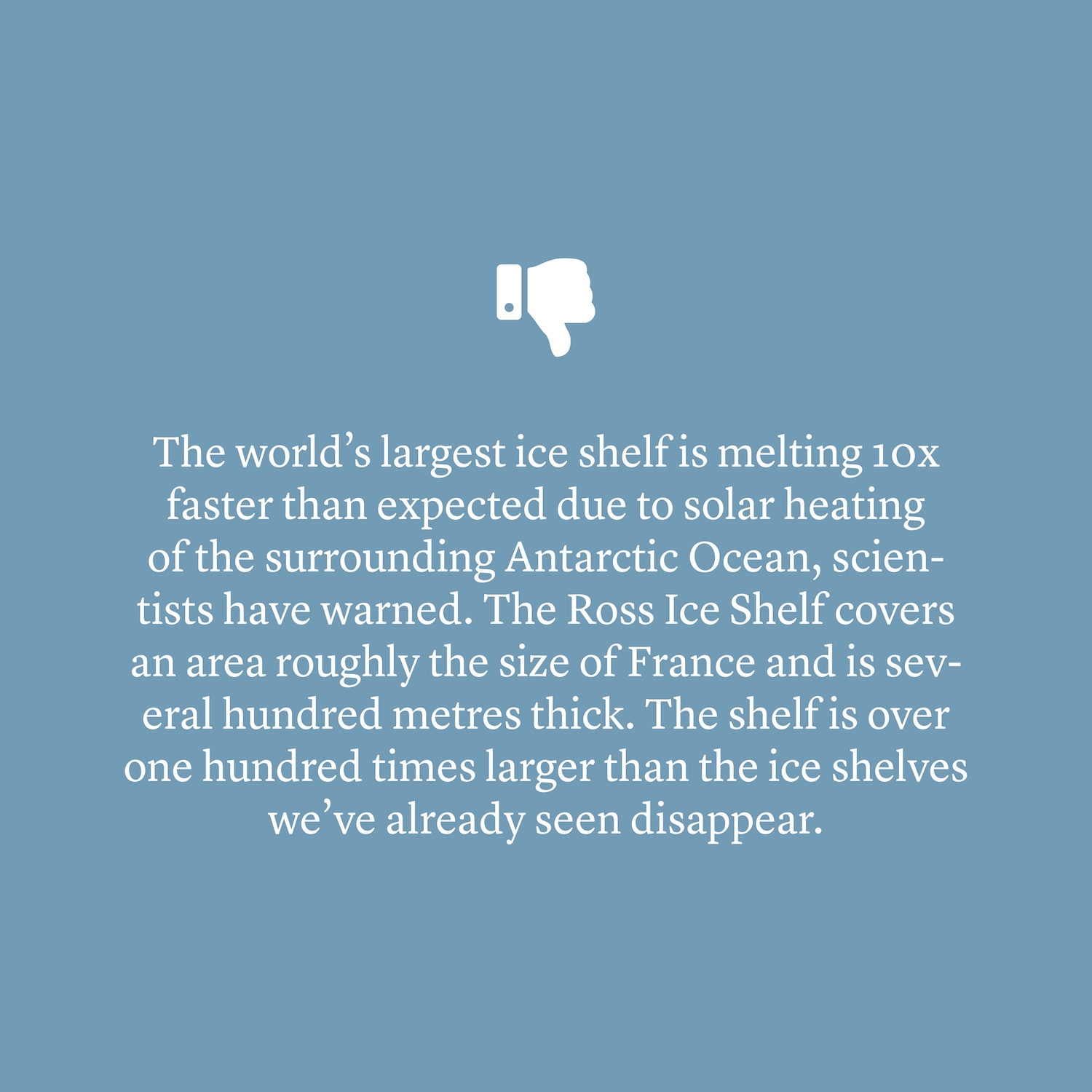 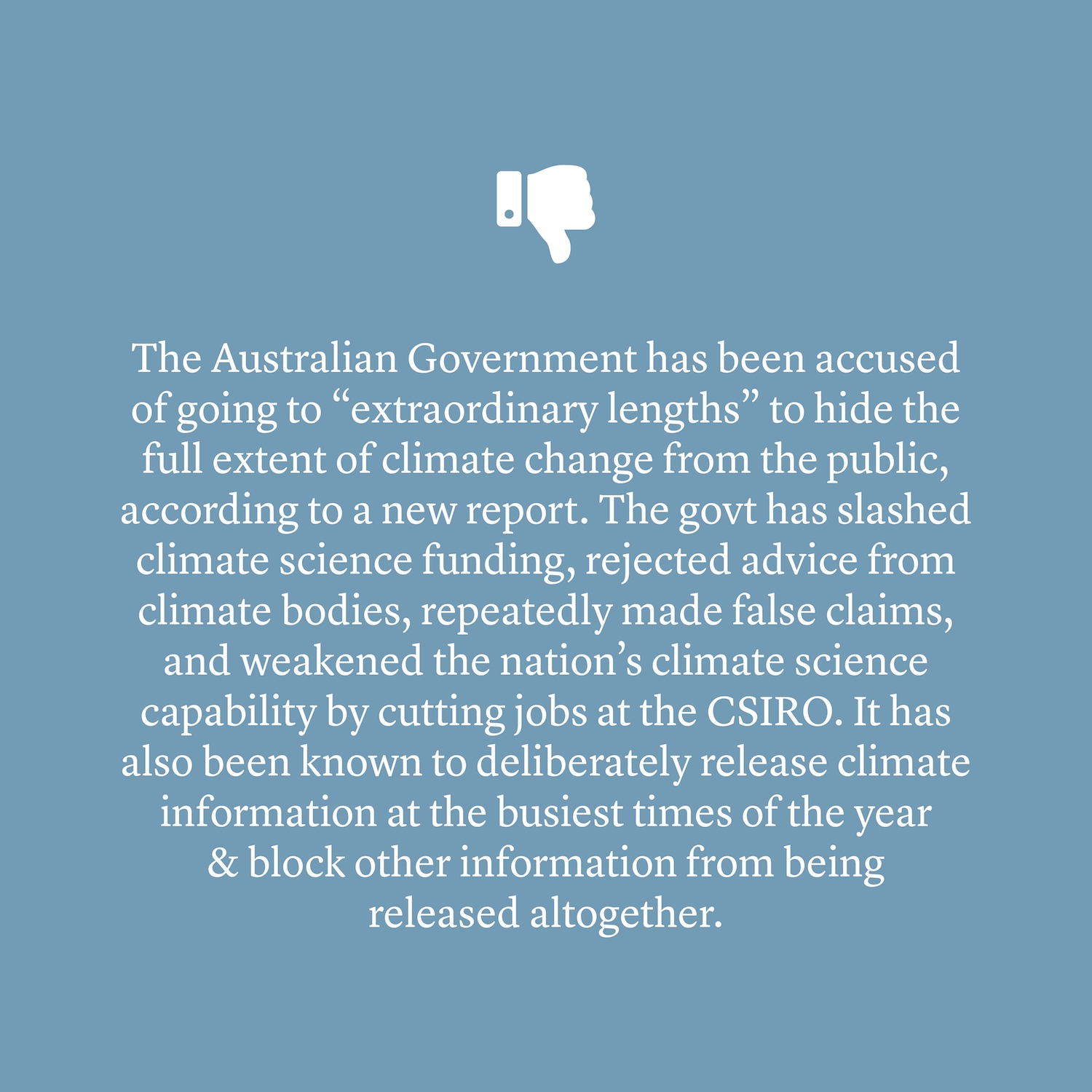 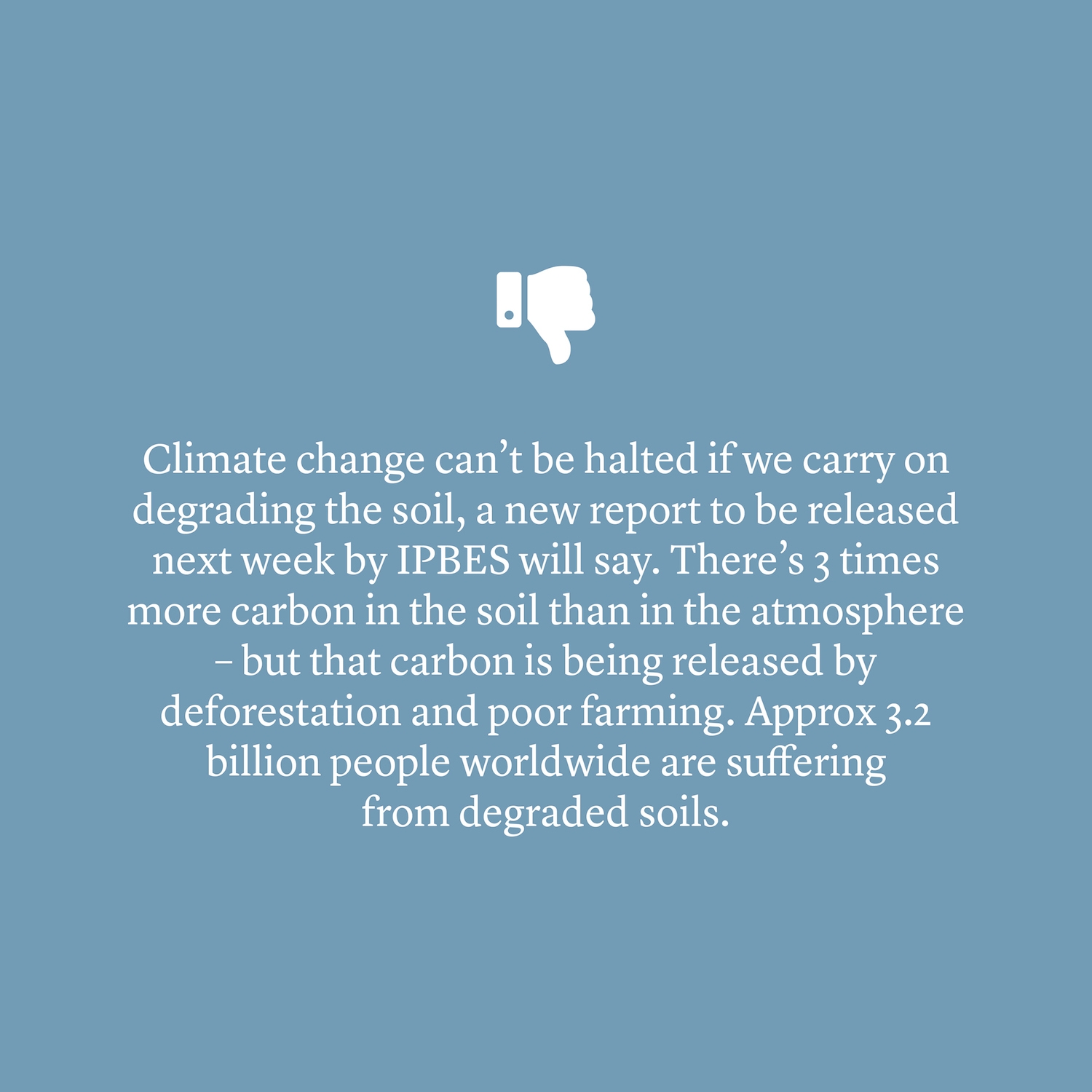 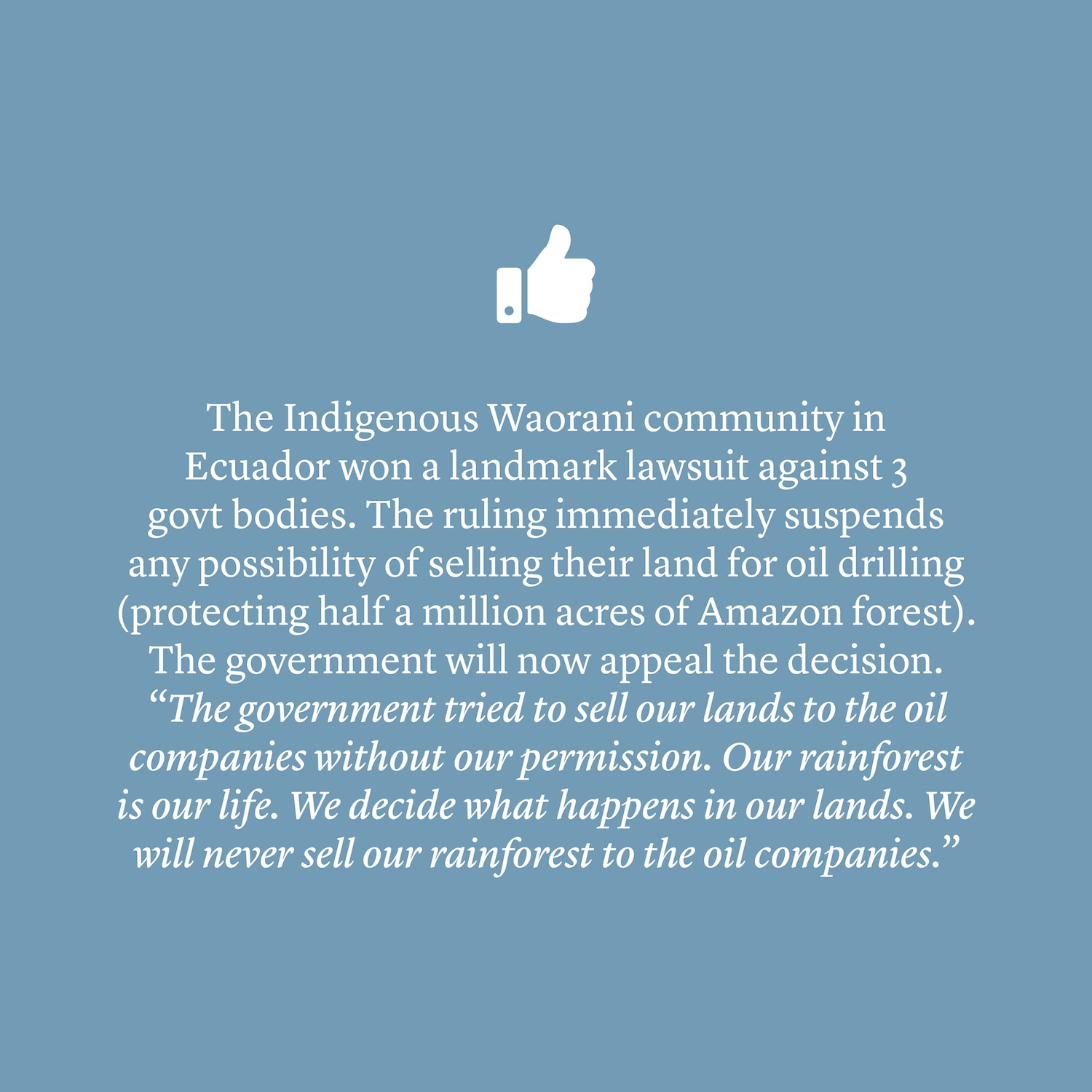 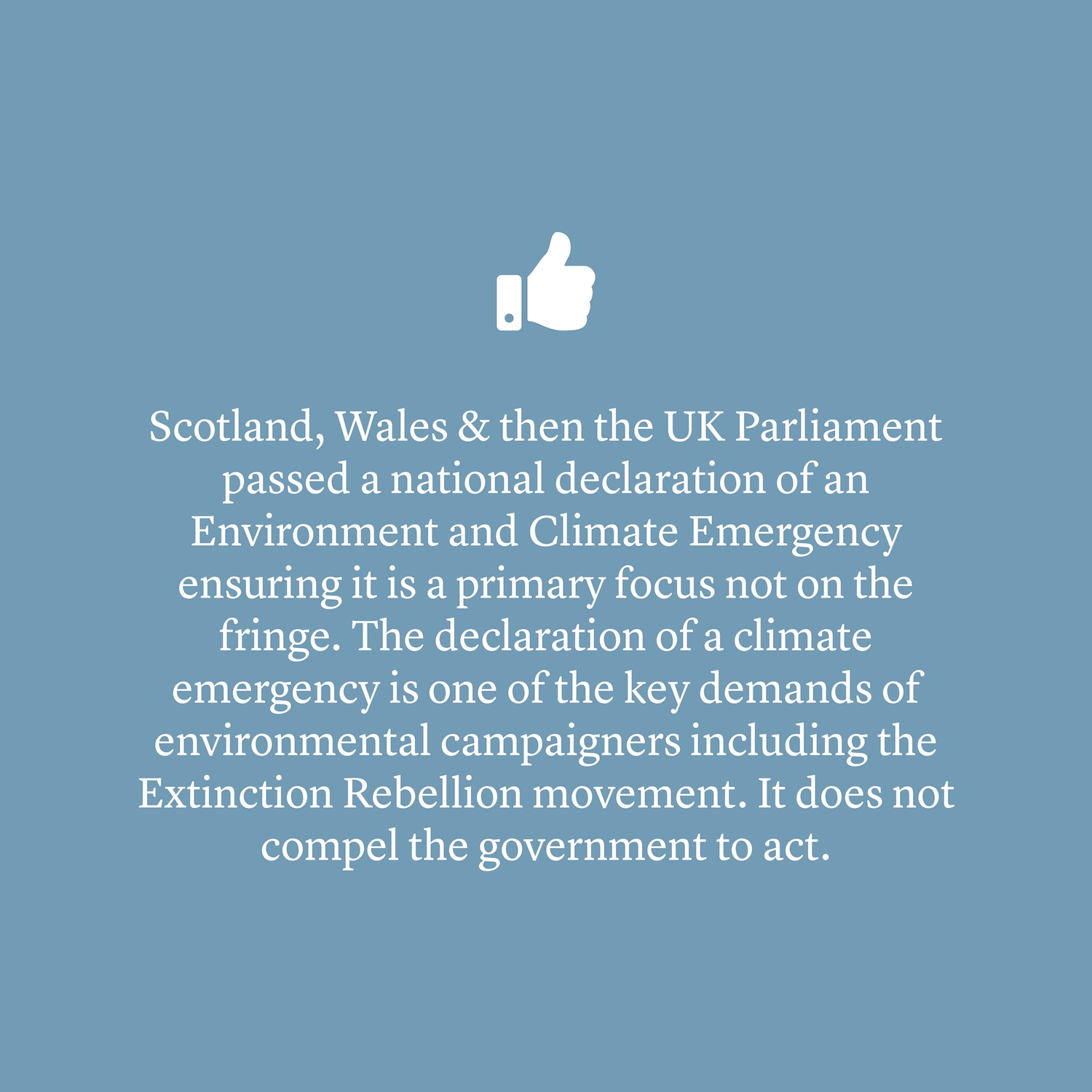