1/ New research shows affected areas are losing ice five times faster than in the 1990s, with more than 100m of thickness gone in some places. Ice losses are rapidly spreading deep into the interior of the Antarctic, new analysis of satellite data shows. The West Antarctic ice sheet was stable in 1992 but up to a quarter of its expanse is now thinning. A complete loss of the West Antarctic ice sheet would drive global sea levels up by about five metres, drowning coastal cities around the world. The current losses are doubling every decade, the scientists said, and sea level rise are now running at the extreme end of projections made just a few years ago. In the recent past, snow falling on to Antarctica’s glaciers balanced the ice lost as icebergs calved off into the ocean but now the glaciers are flowing faster than snow can replenish them. (The Guardian)

2/ Warming ocean temperatures have been blamed for luring tropical fish thousands of kilometres into New Zealand waters, threatening vulnerable native species as they compete for resources. The increasing prevalence of vagrant species is not limited to fish. Cetacean biologist Dr Krista Hupman, from the National Centre of Atmospheric and Climate research said leopard seals – originally from Antartica – were now so common in New Zealand waters they should be reclassified as “resident”. (The Guardian)

3/ An American explorer has found plastic waste on the seafloor while breaking the record for the deepest ever dive. He found sea creatures, but also found a plastic bag and sweet wrappers. (BBC)

4/ Mismanaged waste is causing hundreds of thousands of people to die each year in the developing world from easily preventable causes, and plastic waste is adding a new and dangerous dimension to the problem, a report has found. Municipal waste frequently goes uncollected in poorer countries and its buildup fuels the spread of disease. Between 400,000 and 1 million people are dying as a result of such mismanaged waste. While mismanaged waste has been a problem for decades, the growth of plastic pollution, which does not break down in the environment, is adding a fresh set of problems to an already dire situation. Plastic waste is blocking waterways and causing flooding, which in turn spreads waterborne diseases. When people burn the waste to get rid of it, it releases harmful toxins and causes air pollution. (The Guardian)

5/ Britain’s growing “lunch on the go” habit is generating nearly 11bn items of packaging waste a year, much of which is not recycled, a survey has found. Workers are buying takeaway and fast food lunches more than they did five years ago. (The Guardian)

6/ In sprawling India, where just 5% of the land has been set aside to protect natural habitats, the plight of “green refugees” has erupted into a national scandal. A supreme court lawsuit brought by a coalition of conservation groups threatens to evict as many as seven million Adivasi from their ancestral lands. Public outcry has forced a review of the case. But the controversy is only the latest salvo in an ongoing battle over how to balance human and wildlife needs in India’s increasingly fragmented 177 million acres of forests, most of which lie inside Adivasi areas. The Adivasi occupy the lowest rungs of the social ladder in India, alongside the Dalits, or so-called “untouchables.” They are largely invisible to India’s majority population. And roughly 10 million have been displaced from their forests and other traditional lands by development projects: dams, mines, industrial agricultural schemes—and conservation areas. (National Geographic) 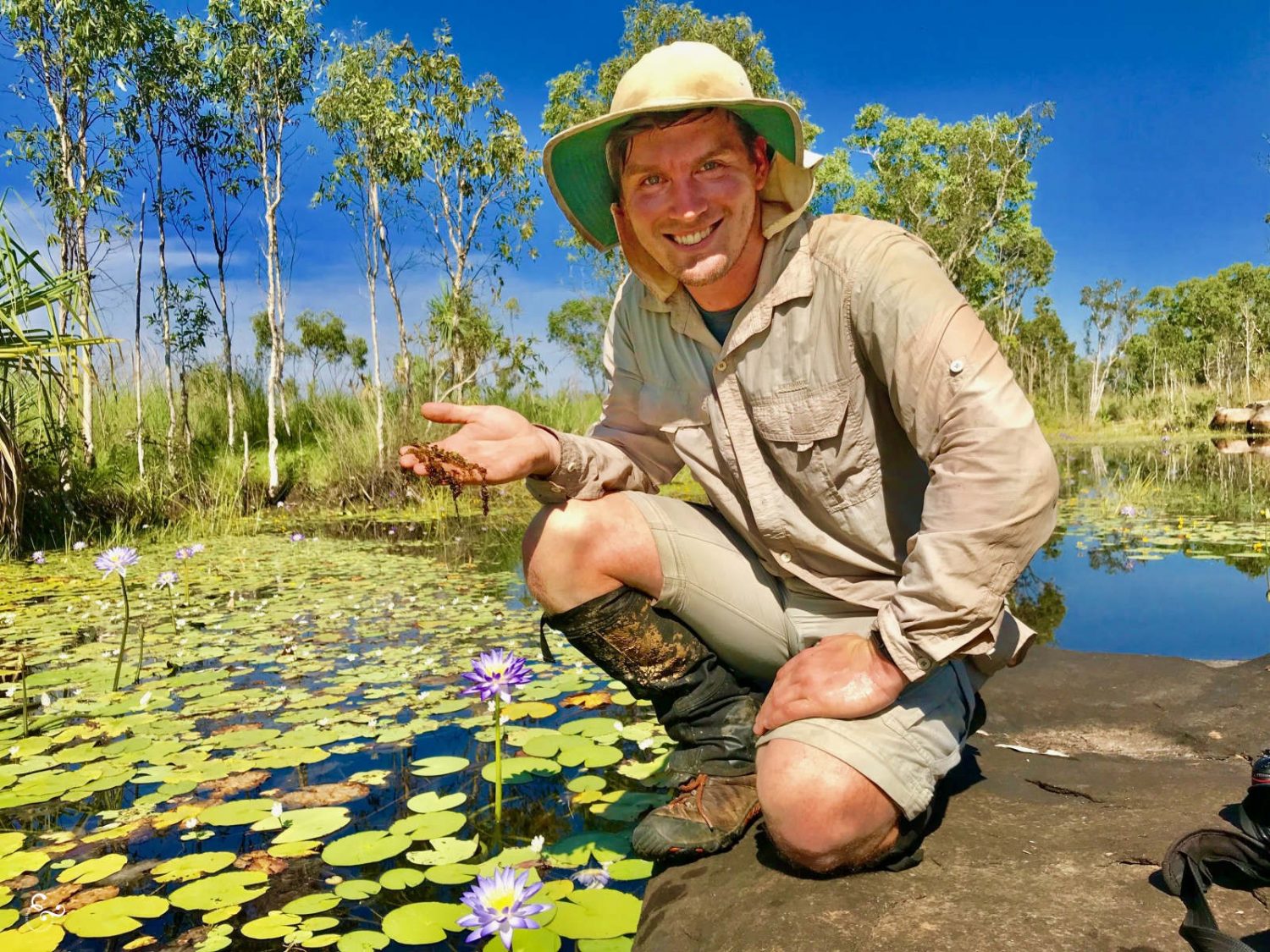 Our very own consultant Dr. Adam Cross has just discovered a population of thousands of extremely rare carnivorous plants in the Kimberley. Once widespread around the world, Aldrovanda vesiculosa is currently located in less than 20 known locations worldwide and is considered a critically endangered species. The decline is attributed to habitat loss and changes to water quality, which has prompted the flytrap to become extinct in 30 different countries. (WA Today)

7/ The “holy grail” of plastic – a material that can be repeatedly recycled without any loss of quality – has been created by scientists. Placed in an acid bath, PDKs can be fully broken down into its component parts. These monomers can then be reassembled into different shapes, colors and textures, according to the scientists at California’s Lawrence Berkeley National Laboratory who created it. Their next plan is to develop PDK plastics with a range of properties used for different purposes, including textiles, 3D printing and foams. (Independent)

8/ A new report by more than 20 NGOs — including FERN, Forest Peoples Programme, the Institute for Agriculture and Trade Policy, and Amazon Watch — is calling on the EU to include provisions in trade agreements now under negotiation, such as the EU/MERCOSOR agreement, that would fully protect forests and Indigenous rights. The EU is Brazil’s second largest trading partner, but currently lacks any binding trade regulations on agricultural goods linked to eliminating deforestation, reducing environmental degradation, and protecting against human rights violations. (Mongabay)

10/ Scientists in Cambridge plan to set up a research centre to develop new ways to repair the Earth’s climate. It will investigate radical approaches such as refreezing the Earth’s poles and removing CO2 from the atmosphere. The centre is being created because of fears that current approaches will not on their own stop dangerous and irreversible damage to the planet.

11/ Over the past decade or so, giant panda populations have grown significantly, but the iconic creatures aren’t out of the woods just yet. Thanks to logging, construction, agriculture and natural disasters, China’s pandas have a limited range of habitable land. A proposed park measuring three times the size of Yellowstone aims to connect China’s fragmented panda populations, uniting nearly 70 extant nature reserves and protected areas in one 10,476-square mile umbrella space. The Giant Panda National Park’s principal purpose will be ensuring the species’ long-term survival by diversifying the gene pool. (Smithsonian)

12/ Harbour Air, a regional seaplane airline based in Vancouver, wants to become the world’s first all-electric airline and start flying passengers by 2022. In the US, transportation is now the largest source of greenhouse gas emissions, and aircraft account for 12% of transportation emissions. Harbour Air flies a fleet of more than 40 propeller-driven seaplanes that take off and land on water. It flies 500,000 passengers per year to 12 destinations in the Pacific Northwest. Electrification is also on-brand for Harbour Air. The company has been carbon neutral since 2007. (Vox) 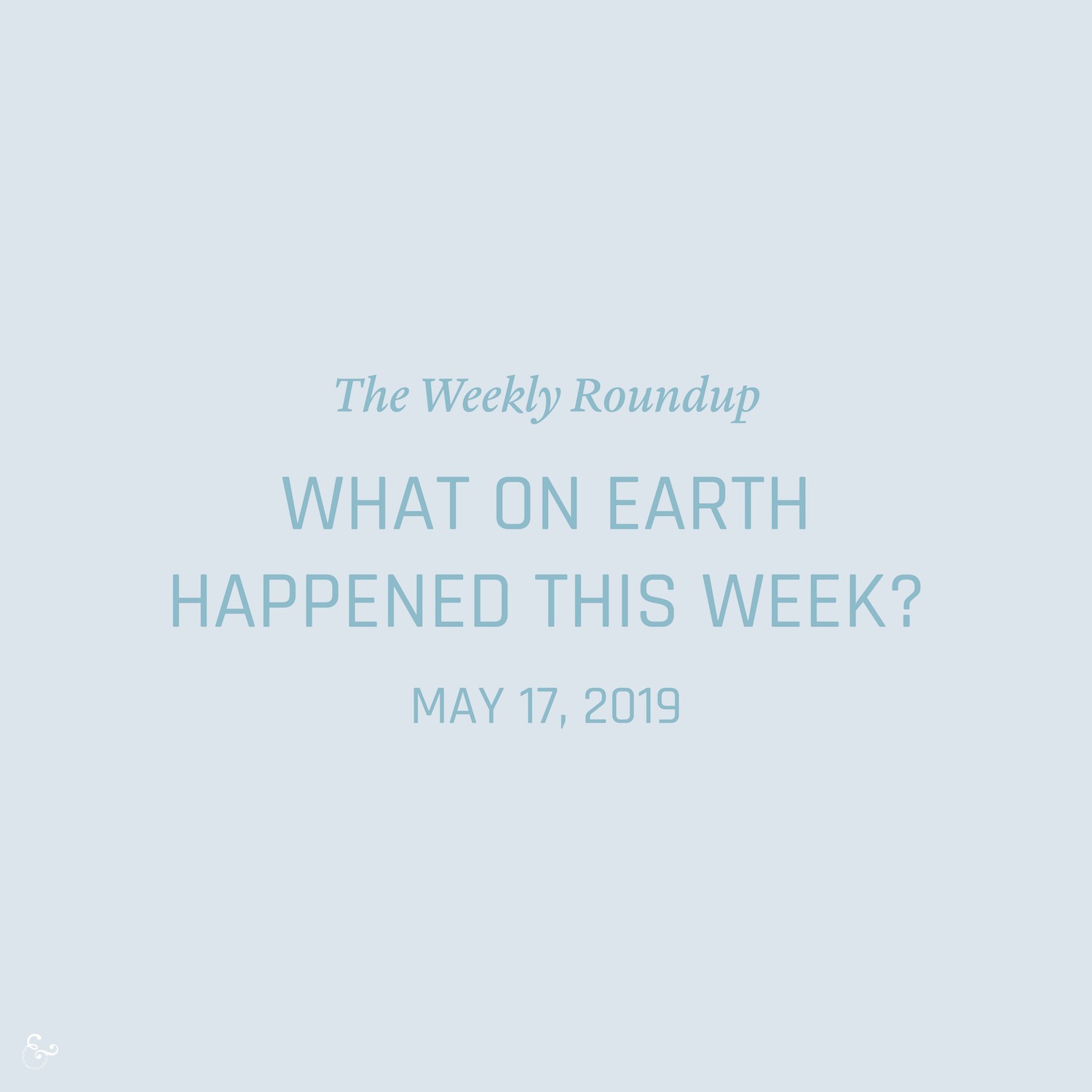 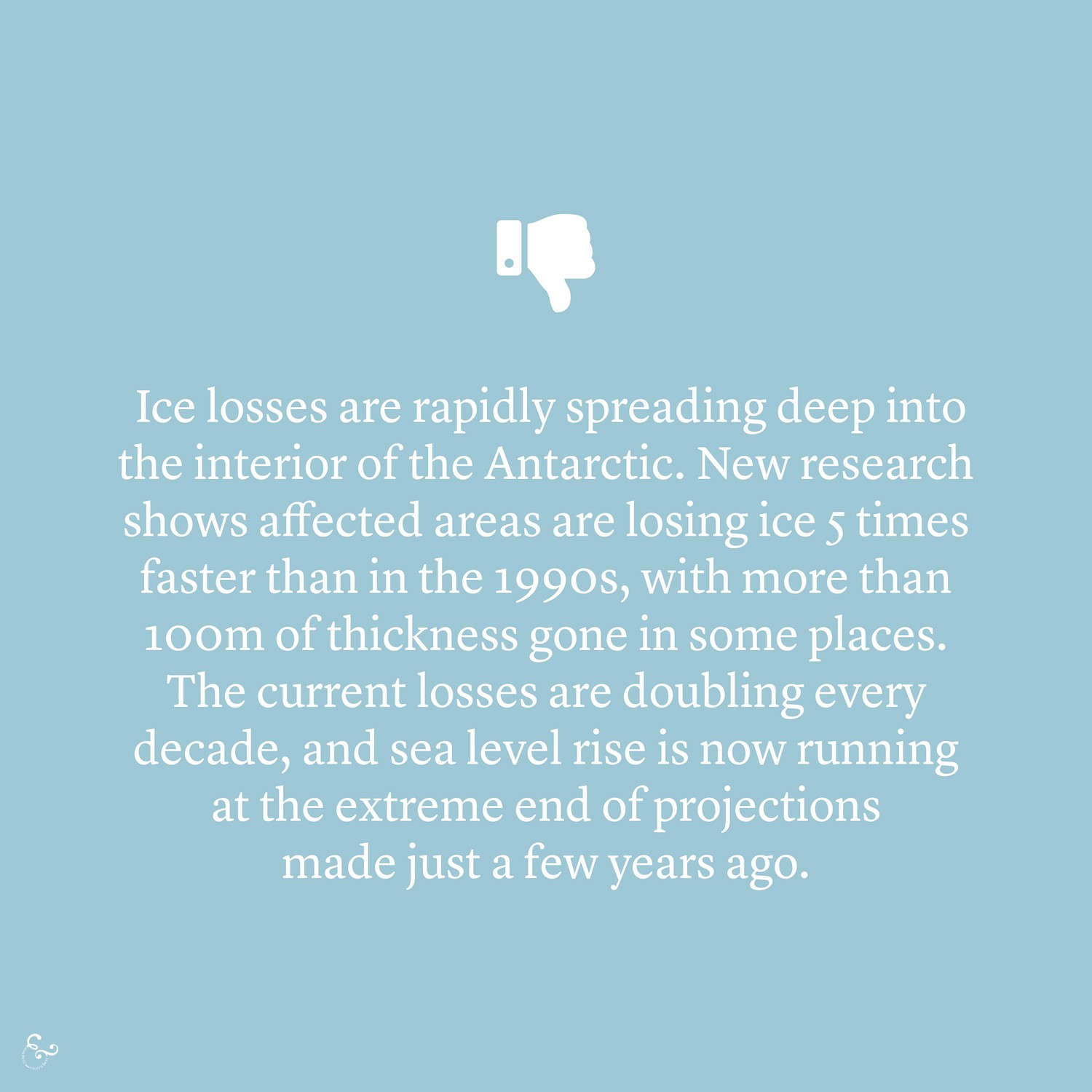 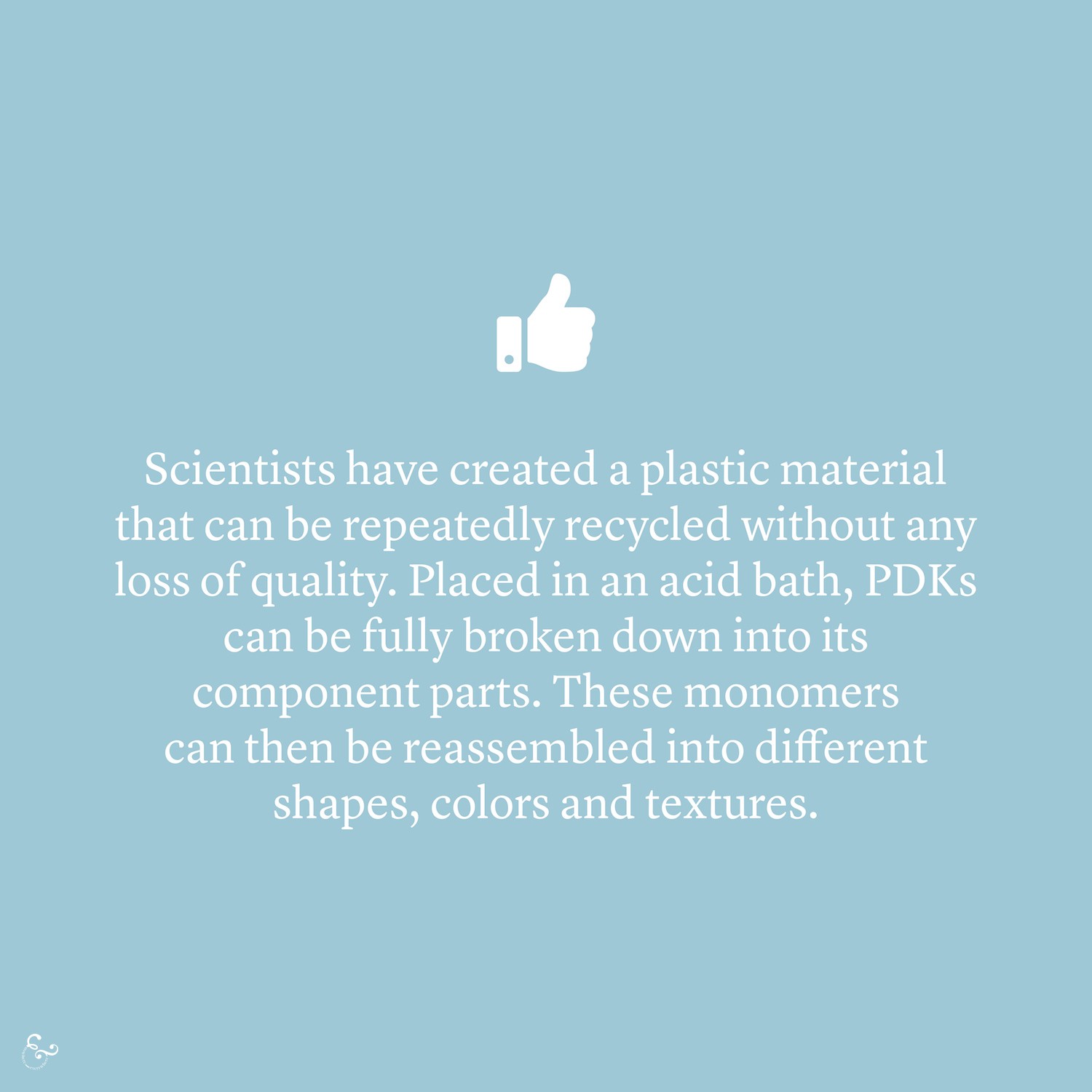 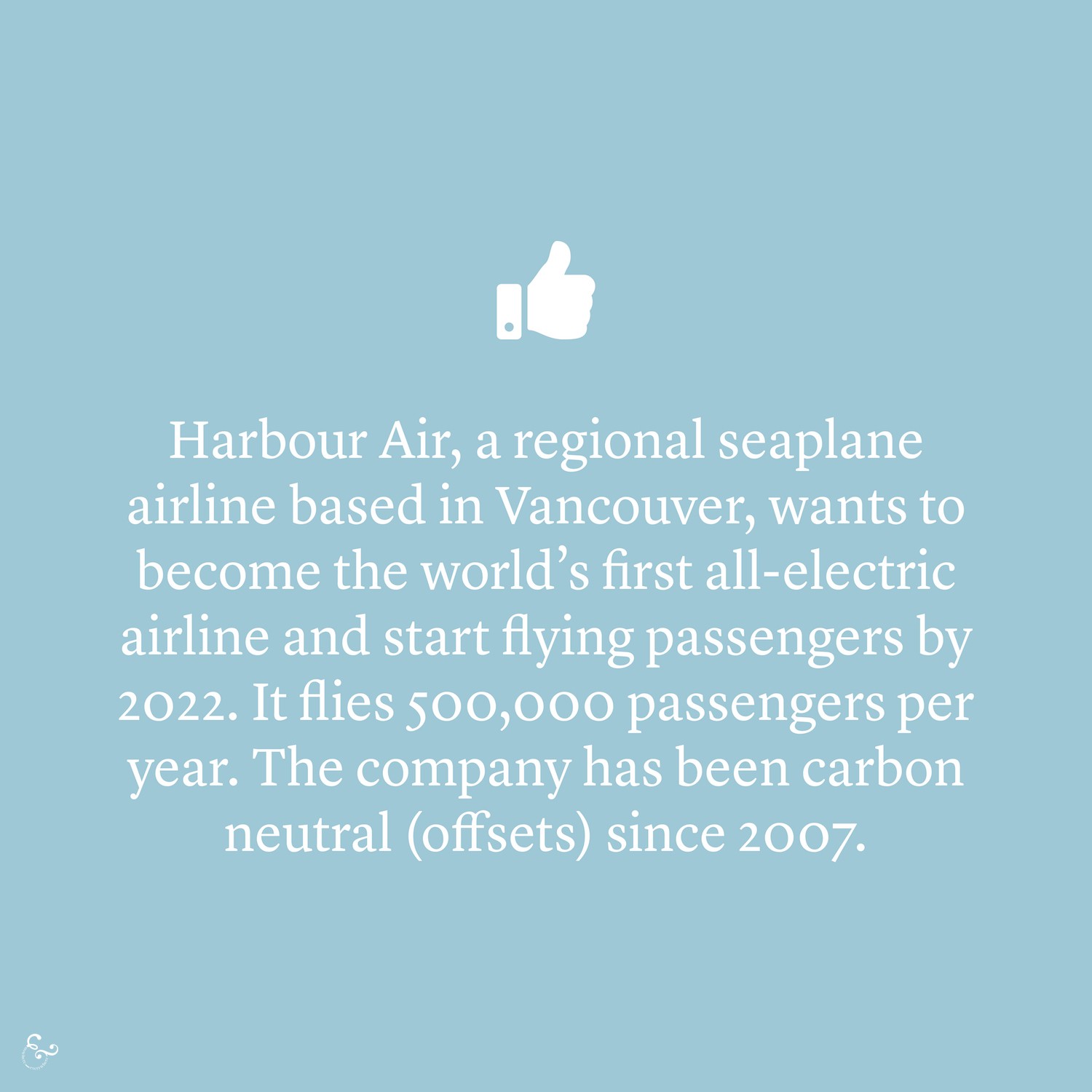 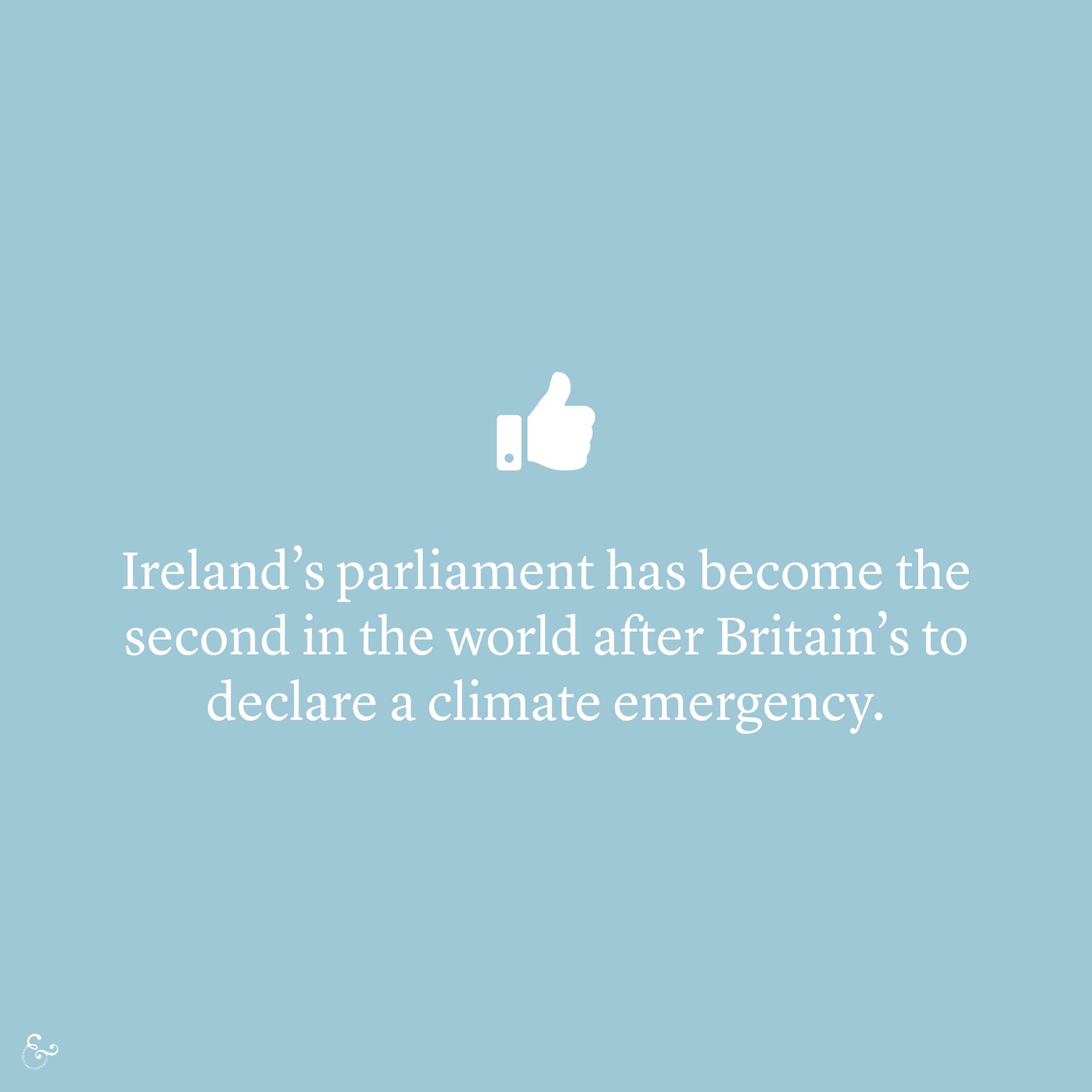 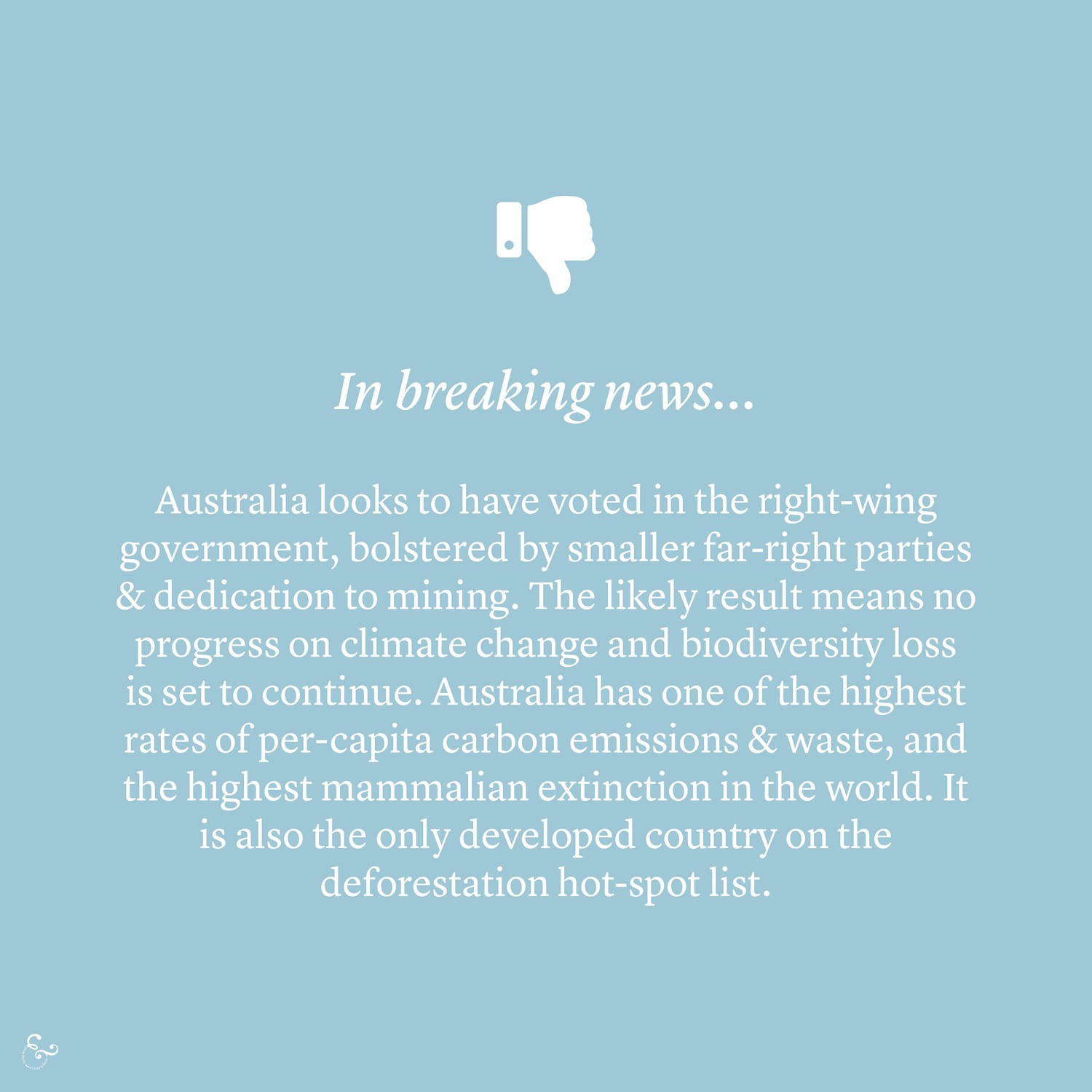 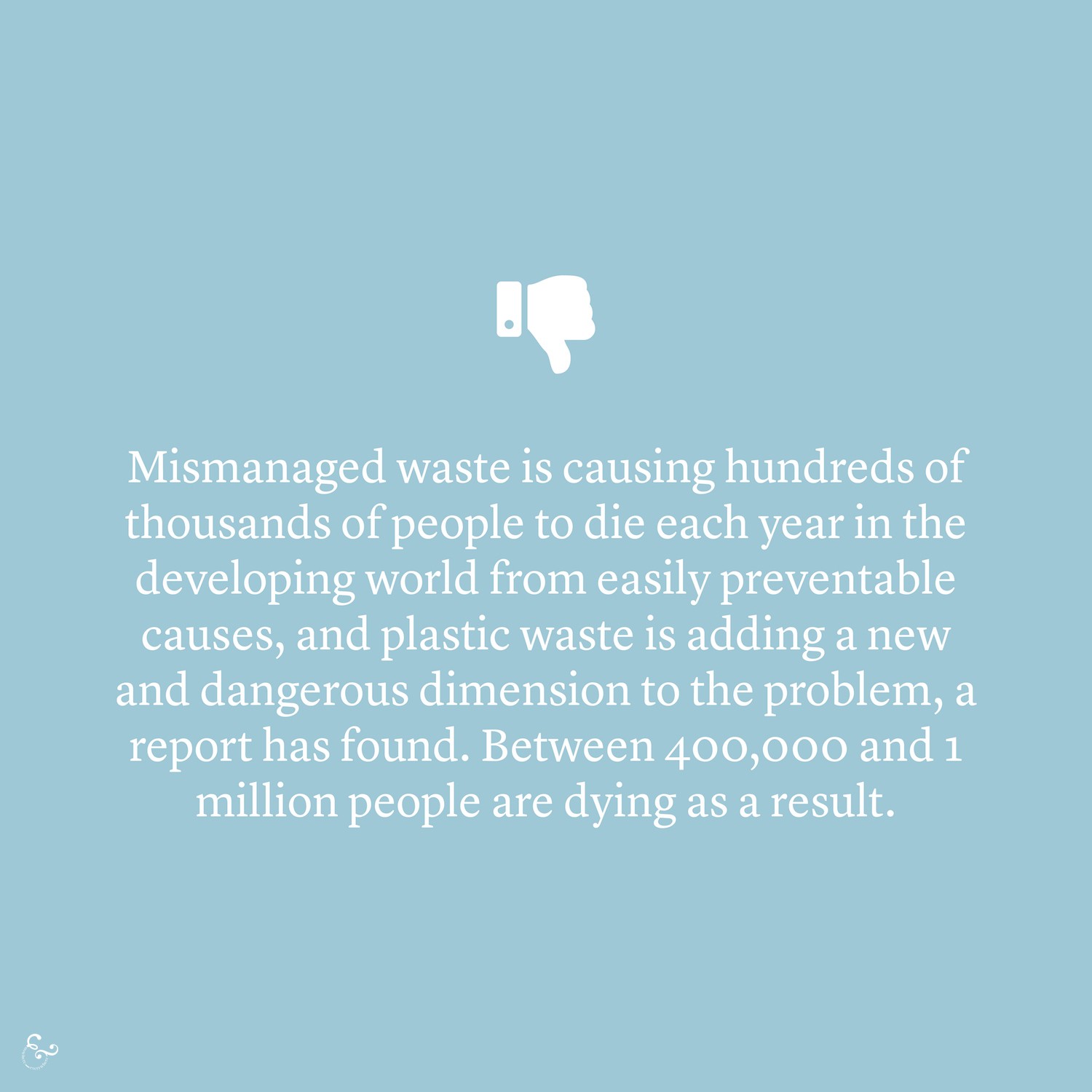 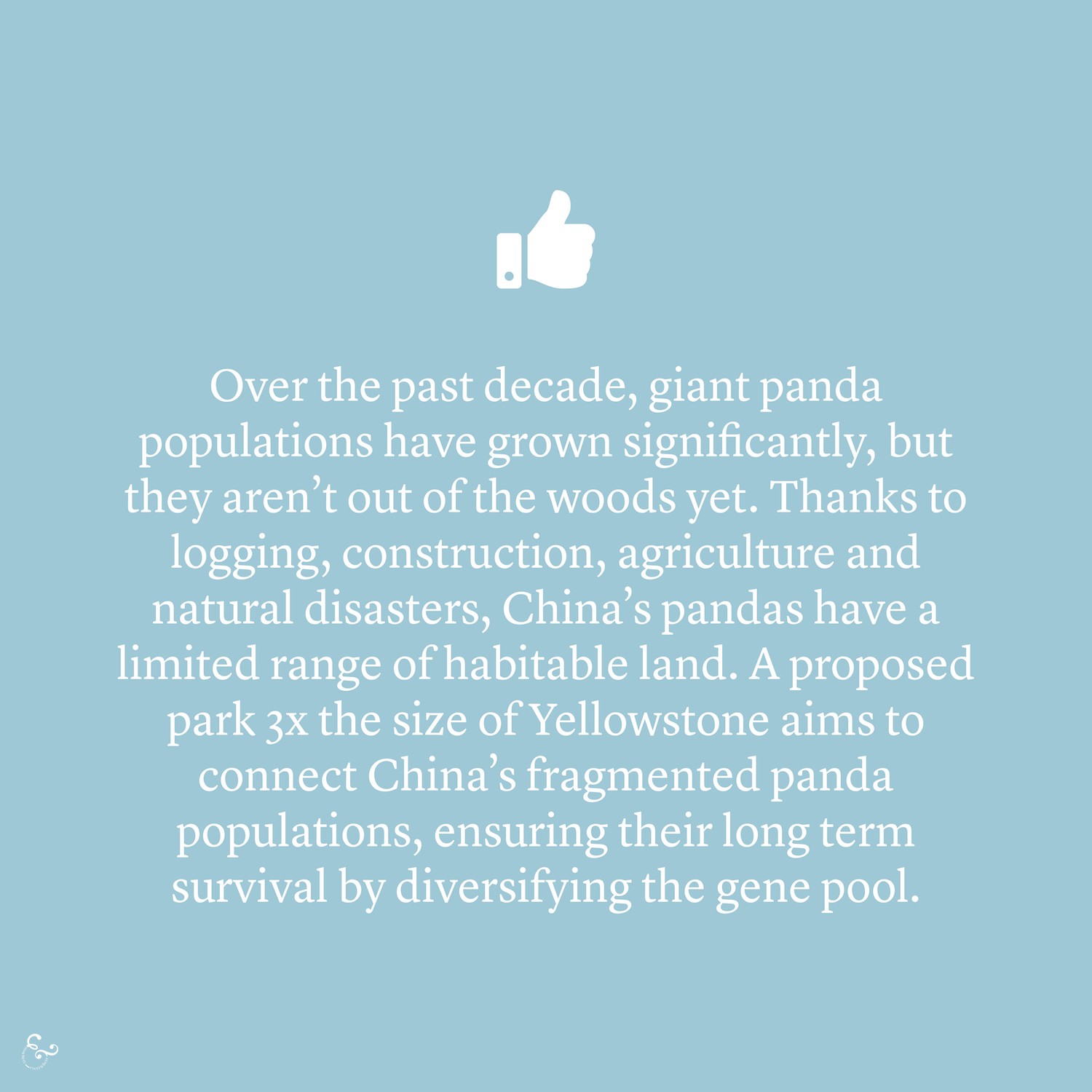